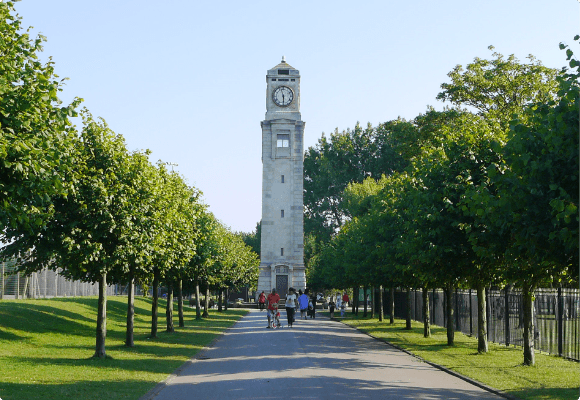 What makes a great park manager for the 21st century

By Paul Rabbitts, Chairperson of the Parks Management Association

In this weeks blog I want to talk about how special parks have been for our communities and the challenges that we have faced to provide that during Covid. As all of our worlds start to travel into different ‘tiers’ of lockdown once again with Covid restrictions, I have started to think once more about how important parks were to our communities during lockdown last time round and what role they will / should play once again as we travel, over winter, into this ever changing world and the roles that we will, once again play in that.

The use of parks over the last 4 months has increased by over 136% nationally and in some localities, even more. This is no accident. Parks have always been popular for decades, even through challenging times (CCT, Best Value, financial crisis and austerity). With the global impact of the Covid-19 crisis, parks have been rediscovered by many after weeks of lockdown, isolation, and loss of liberty. Local authorities and trusts, charities and volunteers, already stretched, have surpassed themselves in ensuring our parks and open spaces continue to be managed and maintained, often with frontline staff still out working and parks managers, having to adapt to new ways of working. With the formation of the Parks Management Association in May 2020, parks managers have at last come together to look collaboratively at ways to ensure parks remain a political priority within their localities but also nationally.

Over recent years, there have been many reports that the term ‘park manager’ was indeed a dying breed. The Guardian on 11th February 2017 wrote – from an anonymous park manager – “Park managers like me are a dying breed, an endangered species. During the formative years of my training I would write detailed plans about how to landscape and manage the park. Today I am set the unenviable challenge of having to stop doing things like planning and designing new flowerbeds for the public to enjoy. I have to cut back on the maintenance and litter-picking that ensured the park always looked its finest. I question what my role as a manager really means anymore.”

A year earlier, in Horticulture Week, a park manager was quoted as “When I started it was all about horticulture. I can’t even remember the last time I specified what type of tree we needed… Now it’s very much about what goes on in the park. It’s about activity, it’s about negotiating leases, it’s very much around engagement rather than maintenance. We’re always having to evolve”. Horticulture Week also reported as early as 2012, “Park-specific jobs have gone and posts have gone upwards to directors of leisure, sport or even waste – or they’ve gone downwards to people in acting-head posts. Park managers are an endangered species.”

Dr Stewart Harding, former Director of The Parks Agency was once quoted:- “Several senior parks managers have left the service through redundancy, retirement or disillusionment. These kinds of losses are widespread and the outcome will be a decline in maintenance standards”. Tony Leach, Chair, London Parks & Green Spaces Forum was also quoted saying “Over the past 18 months, 25 per cent (of London Parks Managers) have either left or their jobs have been deleted. We are losing people with park-specific skills who are often being replaced by staff responsible for leisure or sport or those lower down the food chain with less knowledge”. 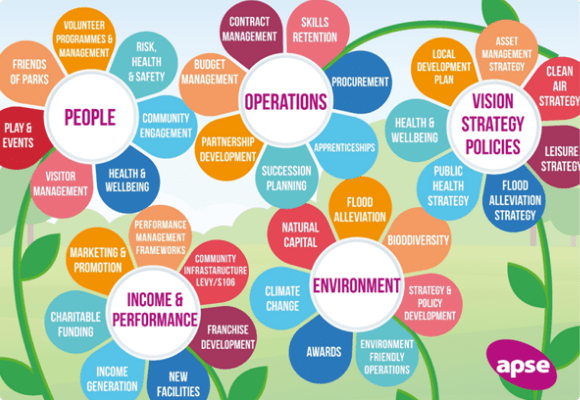 Pretty heavy going headlines huh! And quite depressing. However, history tells us a great deal. We have much to learn from it. Some of our greatest parks came from the likes of visionaries like Sir Joseph Paxton, Edward Milner, Edward Kemp, and James Pennethorne. Yet the majority of our public parks came about because of the vision of local authority parks superintendents, borough surveyors or engineers. These included J.J. Sexby for the London County Council, who designed and eventually managed some of our greatest parks in London; James McHattie, responsible for many of Edinburgh’s parks; William Wallace Pettigrew, designer and park superintendent for most of Cardiff and Manchester’s parks and of course, Captain Sandys Winsch, responsible for most of the parks in Norwich. These are the most well-known but dig a little deeper and you will find in places like Carlisle, many of the parks were designed and ultimately managed by the Borough Surveyor, Percy Dalton. This is not unusual. 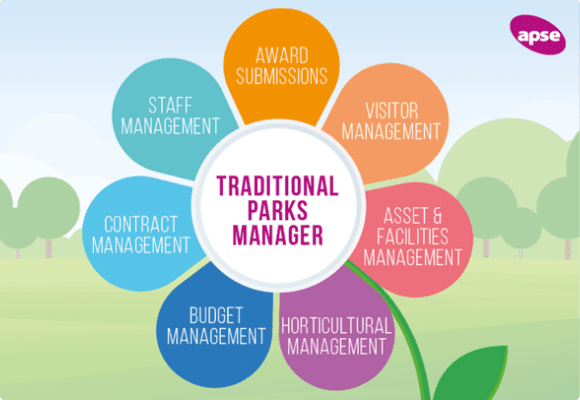 Parks Departments were one of the most important service areas within local authorities. Britain in Bloom was a key driver, now overtaken by Green Flag Award. But changes were afoot. Parks departments were often amalgamated into Leisure Services Departments as part of CCT and several years later as these areas disappeared, parks services became part of what became known as Streetscene Services. Park Managers were now working alongside binmen, highwaymen and engineers.

1996 saw the revival inspired by the magnificent and munificent Heritage Lottery Fund, now the Heritage Fund. A billion pounds later, we saw a resurgence in parks and new roles created, including site specific park managers and parks development officers, and in many cases, staff in parks.

So where am I going with this? In 2017, I was asked to speak at an APSE conference at Tatton Park, aimed at parks professionals. My choice of subject was ‘The 21st Century Park Manager – are we the last of a dying breed’. My message was simple. We have been at the sharp end of cuts to services and the impact has been significant, but as parks managers, we have adapted, we have grown, we have changed and we continue to adapt to changing circumstances. Our job titles in many cases may have changed and we find Public Realm, or Streetscene, or Place Management and Culture in our job titles, and we may have a mixed portfolio, but parks managers have ‘changed their spots’. Paxton was a globalist, he was a gardener, a horticulturalist, a plantsman, a designer of glass houses, a park designer and an architect. He adapted, he grew and he evolved. As part of the lecture, I looked at the role of what a park manager used to be in comparison to what it is today. This was picked up and adapted by APSE and developed further. What this proved is that as a profession, we have adapted, evolved and grown. Paxton did and so have we.

The work carried out

Work that was carried out by APSE on behalf of the Parks Action Group highlighted how indeed parks managers have adapted. It is what we do. As part of this work in pulling together a new Parks Management Association, it is clear there are many of us working in the sector and where there are many who have ‘come from the tools’ and have decades of experience, there are many who have degrees, diplomas, PhDs, in Horticulture, Ecology, Environmental Services, Botany, Landscape Architecture, Forestry and many now have MBA’s or are working towards them. Our skillset now has to include much of the following:

I ended my session with 10 points to consider by all.

Sue Ireland, former Director of Open Spaces at the City of London, on retiring was asked what advice she would give:-

“Be prepared to learn from other sectors – look outside the sector for inspiration” “Internal networks are important – get involved, don’t wait to be asked” “Good people skills – crucial to the future parks manager” “Working with people, taking the time to think and plan properly and think strategically”

The parks manager today has to be innovative, creative and entrepreneurial. We have adapted and we continue to adapt to ensure our parks are fit today and for those that will use them in the future. The case studies below highlight this. 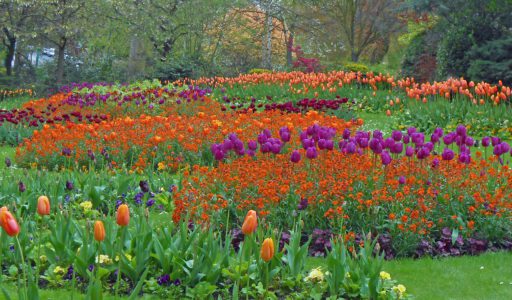 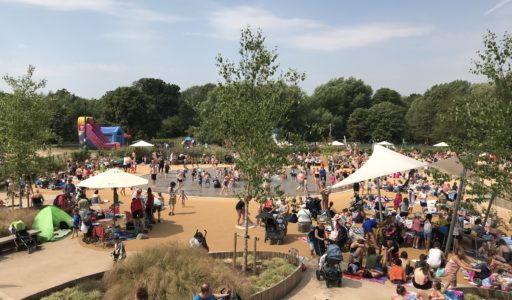