Bury Council’s Parks and Countryside are joining the revolution that is “Happy to Chat Benches” by installing signs on benches in 12 Green Flag Awarded parks. Working with the Bury Greenwood Group based in Philips Park who will be installing the signs, they will be placed on 1 prominent bench in each of the parks.

The “Happy to Chat” initiative was set up last year in May by a lady from Cardiff, Allison Owen-Jones, who made signs to put on benches that said “Happy to Chat Bench” “Sit here if you don’t mind someone stopping to say hello” wanted to make sure that people who felt lonely weren’t also invisible to others.

Since then the Senior Citizen Liaison team charity have helped by setting up partnerships with Avon and Somerset Police and Gwent Police as well as having a downloadable sign.

Loneliness affects almost everyone at some point in their life

Councillor Andrea Simpson, Bury Council’s cabinet member for Health and Wellbeing, said: “Loneliness can affect so many people at some point in their lives which makes this a fantastic idea and so simple. We all know how the pandemic has had an effect on people’s mental health with many people now going weeks and even months without any social contact whatsoever and we wanted to do something to try to help in combatting that.

She went on to say “It will go some way to help break down social barriers, if you want to chat then sit on a “Happy to Chat Bench” and wait for someone to stop and say hello, what could be easier”.

As well as signs in Cardiff, signs have also appeared in Barry, Tenby, Abergavenny, Porthcawl and Newport, in Wales, plus Barnstaple, in Devon, New Brighton, in Merseyside and Altrincham, in Greater Manchester and now throughout the Borough of Bury. 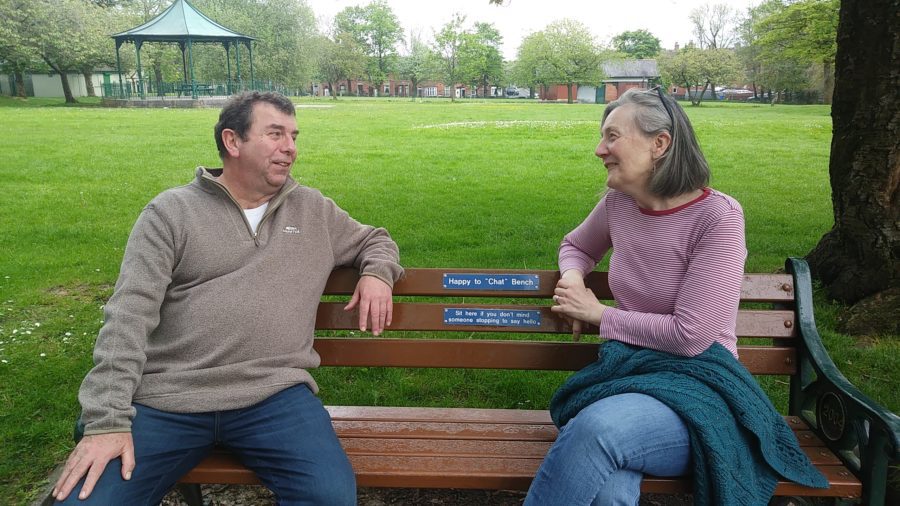